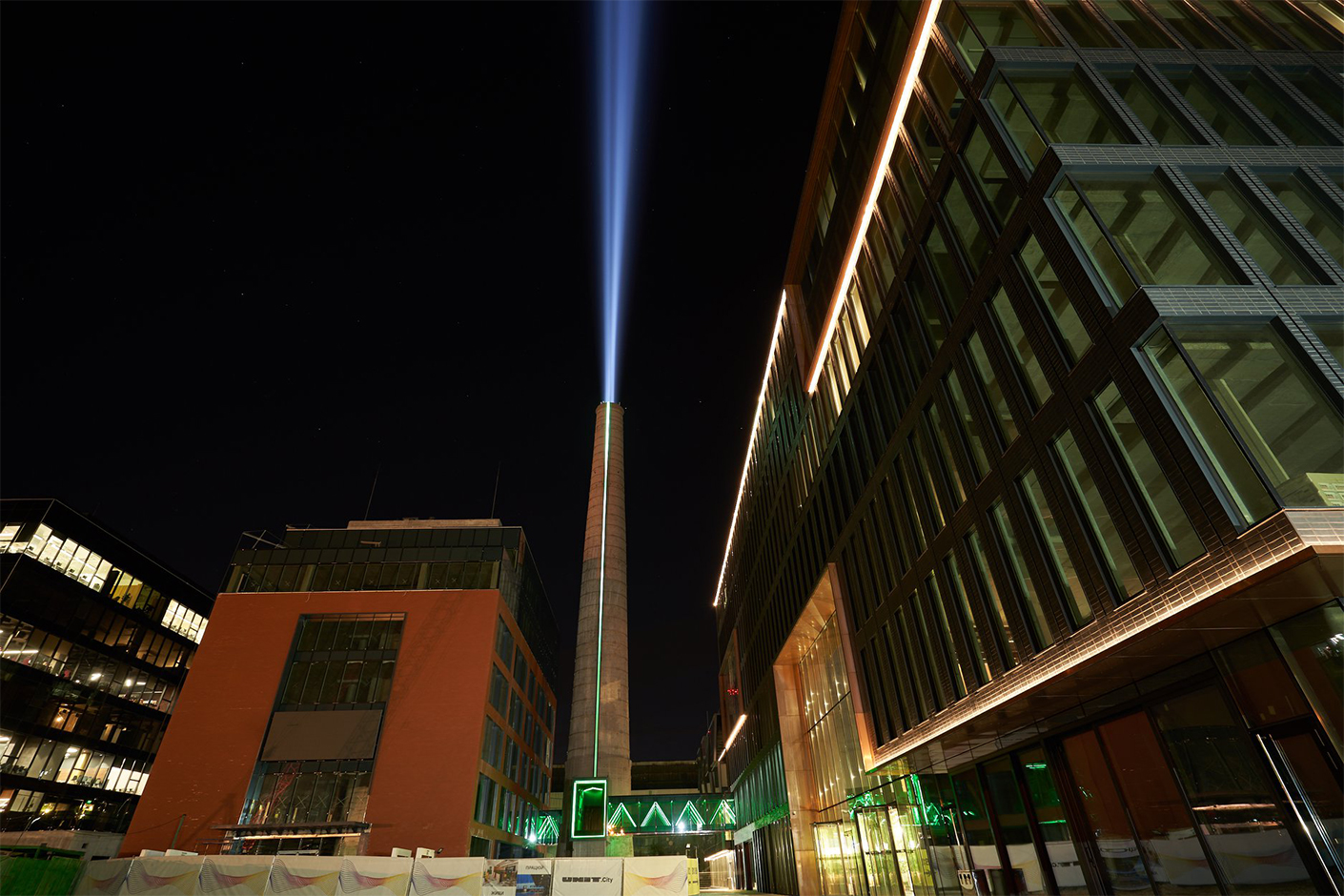 Kyiv-based innovations park UNIT.City decided to turn an abandoned industrial chimney into an art installation connecting the industrial past and innovative future of the IT hub. Front Pictures was invited to develop a high-tech dome theater that would nestle inside of it.

Front Pictures created an integrated turkey solution. Our team engineered, manufactured, and installed a dome screen and a digital projection system at the base of the chimney. We also crafted a short fulldome show featuring UNIT.City’s drive for innovations.

The 360 dome theater became an integral part of the ‘Beacon’ art installation. The art object won a LIT Lighting Design Award in the Light Art Project category as well as an IES Illumination Award from Illuminating Engineering Society.

UNIT.City was founded on the site of an old Soviet motorcycle factory. In 2016, the UFuture investment group started transforming the shabby production facilities into a cutting edge ecosystem for software developers and IT entrepreneurs. A 60-meter brick chimney in the middle of the campus became a visual symbol that connected UNIT.City with its industrial past. To emphasize this connection, UNIT.City decided to launch a contest to turn the massive structure into a creative art installation.

The winning project – entitled ‘Beacon,’ by British architect Sebastian Kite – beat 158 entries submitted by artists from all over the world. The idea was to turn the chimney into a dazzling visual marker broadcasting a vertical beam of light. It was also decided to install a digital planetarium in the lower part of the chimney.

The Front Pictures engineering team designed and manufactured a custom negative pressure dome that neatly fit into the structure. To ensure 360-degree playback on the 3.4m hemispherical screen, we used 4 x Benq 1210 projectors driven by Screenberry Media Server. The seamless image is achieved with advanced automatic 5-stage camera-based calibration that perfectly blends and warps the projectors. The dome system can be controlled wirelessly via an iPad or Laptop.

Front Pictures studio created a 2.40 min promotional 360˚ film for the dome theater. The sci-fi video features the first manned mission to Mars. In the very beginning of his journey, the hero is intrigued by the light shining into the space by the ‘Beacon’ installation. After landing on Mars, he spots the same light which turns out to be a settlement of UNIT.City explorers who had arrived on the red planet earlier. 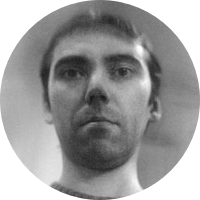 “As far as we know, this is the first, and so far the only planetarium installed inside an industrial chimney. Working on this unusual and challenging project was incredibly inspiring for us because it fits perfectly with our philosophy of providing our clients with cutting-edge visual solutions”