The famous Ukrainian pop singer, Max Barskih, wanted to impress his fans with an unconventional 6.5-meter-high skull prop at his first solo concert tour. Front Pictures was engaged by Barskih’s team to help produce stage graphics for projection mapping that would bring the skull to life.

Our team was responsible for design, 3D modeling, and production supervision for the skull prop as well as content production. Our motion graphics team employed both 2D and 3D animation effects, and simulated physical processes such as fluid dynamics. We also made sure the video content seamlessly blended with other elements of the stage setup.

The projection mapping made the static prop one of the highlights of the two-hour show. The concert in Kyiv received outstanding reviews from both fans and media. The prop became a true ‘totem’ of the show and toured with Max Barskih as a central element of his concerts in other major cities. 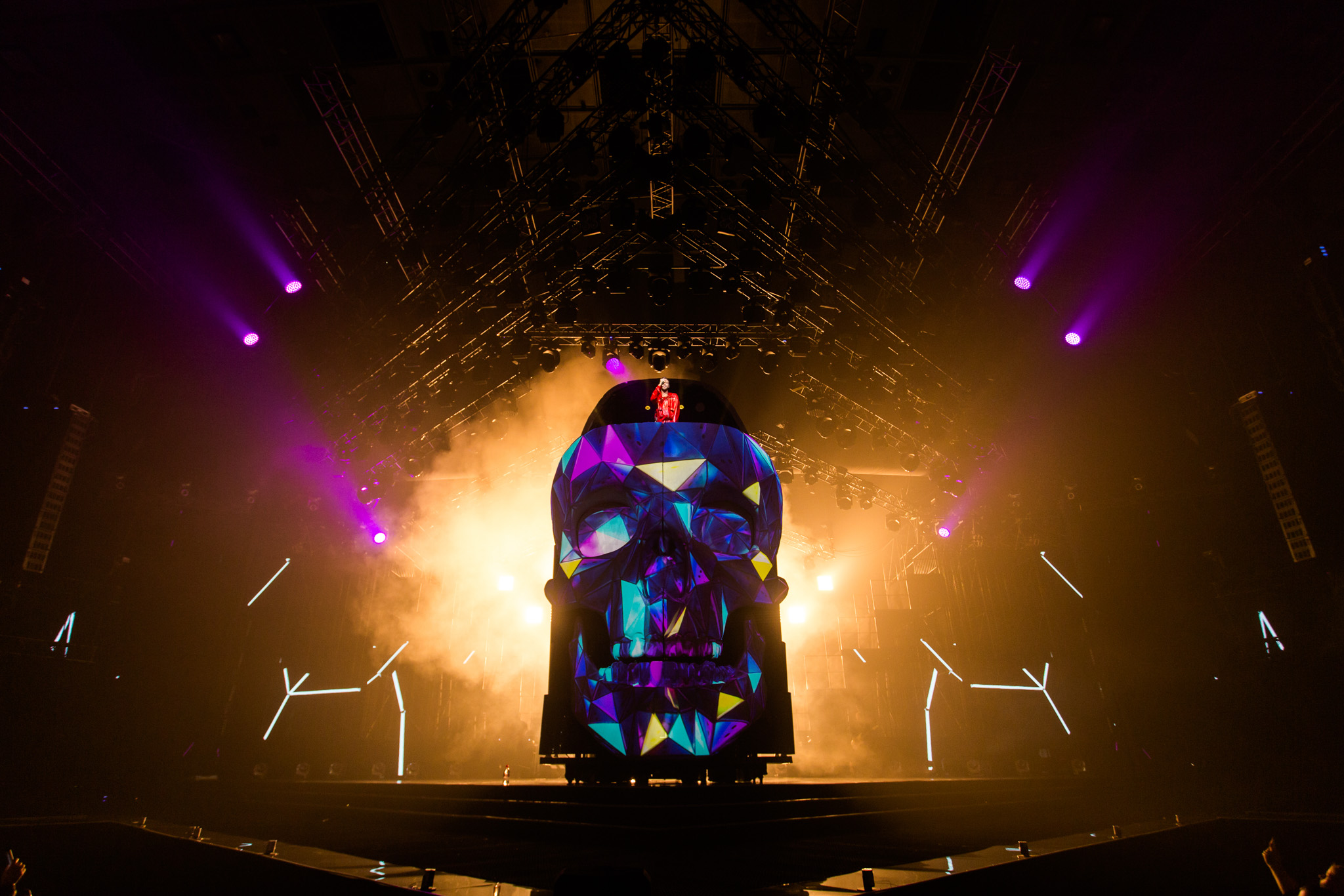 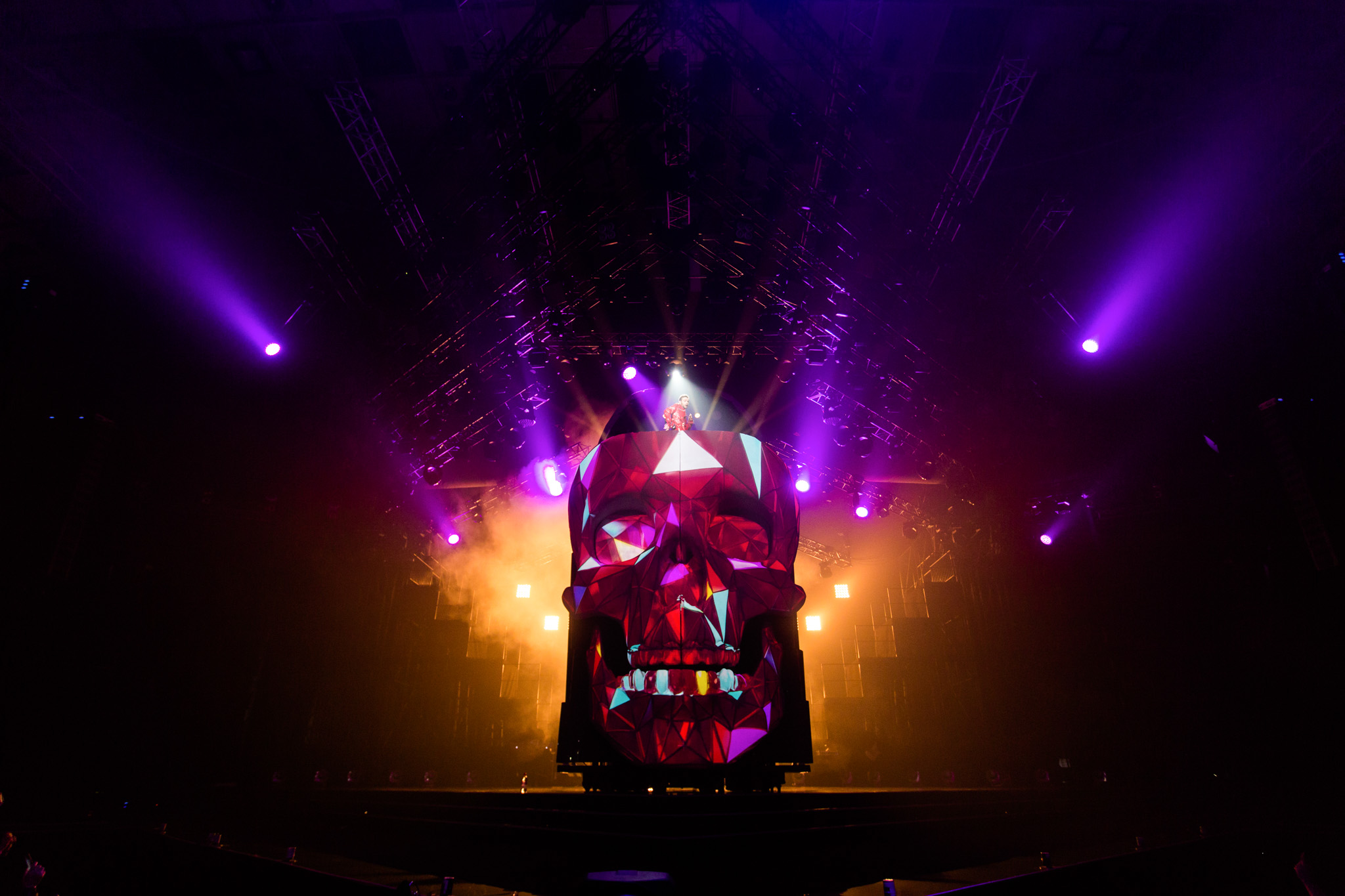 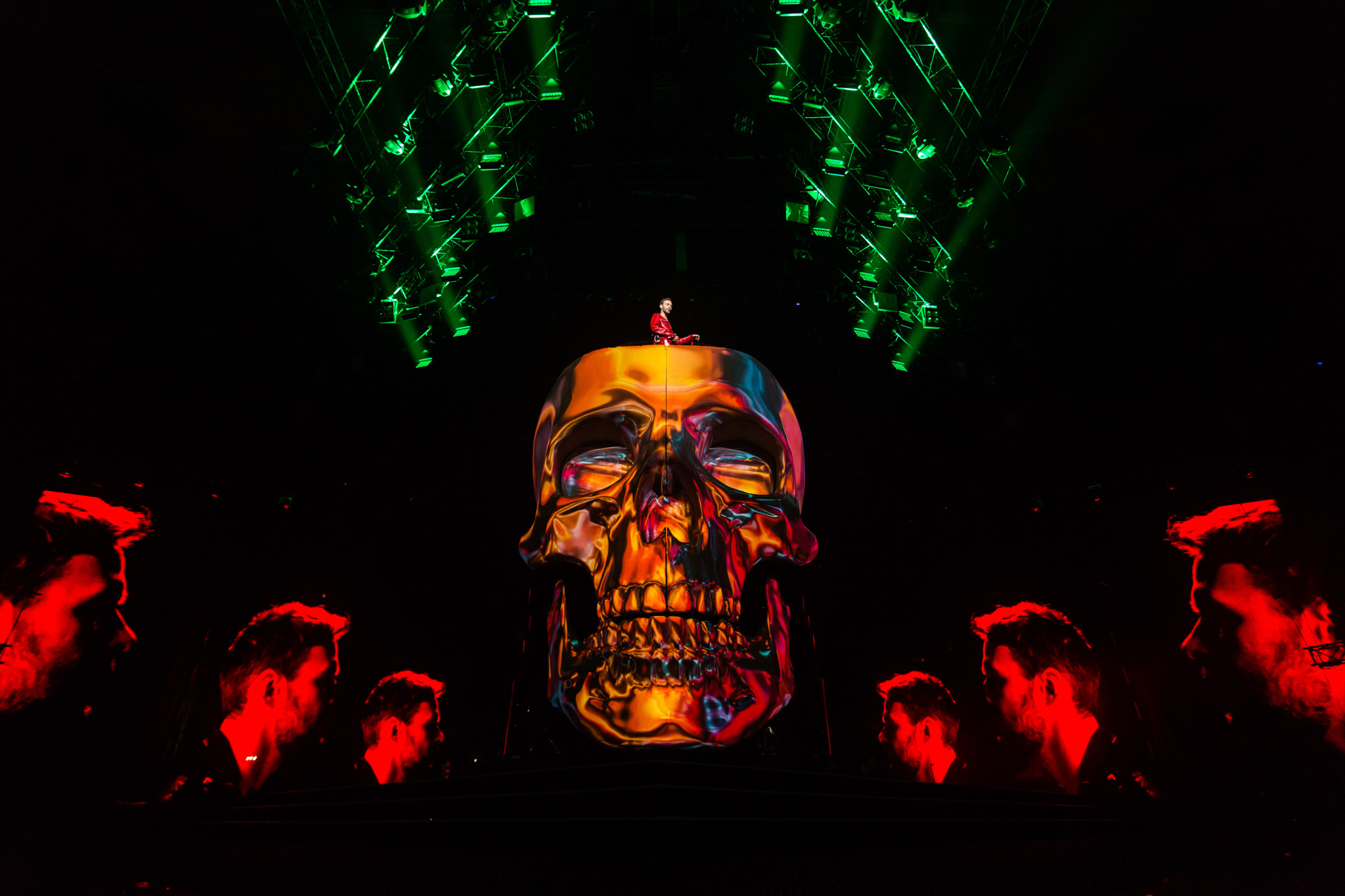 Front Pictures created a spectacular skull projection mapping at the first grand solo concert of famous Ukrainian pop singer Max Barskih. The show took place at Kyiv’s Palace of Sports on October 27, 2017, and was attended by around 10,000 people.

The concert evolved around a giant 6.5-meter (21 feet) human skull prop. This unusual stage decoration was not only a spectacular 3D mapping surface; it also served as a multi-level transformable stage structure that Barskih used to address his audience. 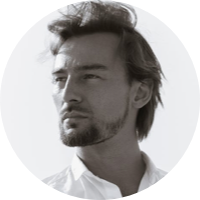 “When I worked on the show ‘Tumani,’ it took me three out of five months to find ‘a totem’ – something that would stick in people’s memory forever, something that could be taken and placed on a shelf with souvenirs at home. A pink skull, a symbol of the Romantic era and a Pop Art installation, is the outcome of the multi-layer concept that we have prepared over the past year,” said Alan Badoev, Max Barskih’s producer.

The Front Pictures team came up with both technical and creative solutions that included design, 3D modeling, and production supervision for the skull prop as well as content production for the show. We were also in charge of video engineering and live show control. The projection setup included 4 x Christie Roadster S+22K-J projectors aligned and controlled by a Screenberry Media Server. During the two-hour concert, the prop seemed to be filled with galaxies, covered with liquid metal, thick paint, and even Max Barskih’s face. The visuals breathed life into the static prop and made it one of the highlights of the show.